This blog article is the first in a two-part series, looking at some guidance on addressing workplace conflict. While it may be tempting to look for universal formulas and approaches, I have found over the years that, depending on the function you fulfil in an organisation (and in the conflict), some strategies may be more useful than others.

Whether you like it or not, a leadership position comes with the challenging (even frightening) task of dealing with conflict. You can pray it won’t happen, but, in my experience, praying doesn’t work in this case. The good news is that rarely is a conflict unsolvable with the right skills and attitude (and I cannot stress enough how paramount attitude is in determining the outcome of your attempts).

The first step in dealing with conflict is? Can you take a guess? Admitting we have a conflict! Simple as that. Very often, we’re in denial. As leaders, we spend a lot of time actively ignoring conflicts. After all, wouldn’t the acknowledgement of conflict be an admission of defeat? That we failed, as leaders, to create the conditions that prevent conflict? Not necessarily. Conflict is an opportunity to learn and to grow. It is a sign that something needs to change, that some processes aren’t working, that there is a bottleneck that needs to be identified and dealt with. A sign that emotions are running high and we need to take a look at how our teams work (or don’t work) together. Conflict is not the end of something; it is the beginning of a transformation process, which, if handled properly, can benefit the entire organisation.

Before you even have a fully blown conflict, you can look at ways of fostering a culture of disagreement and transparency. An organisation cannot grow if people do not disagree with each other. I’m not talking disagreement for the sake of disagreement, but open conversations about ideas, about approaches, with the aim of identifying optimal solutions. If employees feel like disagreement is perceived as a sign of insubordination or overstepping (especially in very hierarchical organisations), they’ll end up with a lot of bottled up frustration that will eventually blow-up in disruptive ways.

Take time to understand your team, their personality, their conflict triggers, their emotional hot buttons, their conflict management style etc. Make sure you are attuned to the dynamics of your team. It sounds like a lot of work on your side, but trust me, it will save you (and your organisation) a lot of time and money in the long run. By understanding that, for example, one of your team members cares strongly about his/her work being acknowledged or that fairness is a key value for them, you can ensure that credit is given where it’s due, so that frustration doesn’t build up as a result of feeling neglected. You can use tools like the Myers-Briggs Type Indicator® or the Thomas–Kilmann Conflict Mode Instrument assessments (either browse through these yourself and observe or work with professionals to support your team in such assessments) to help in this process.

In international conflict management, we would call this type of work done “in times of peace” early warning and conflict prevention.

When conflict does comes up, do not ignore it. The most damaging thing you can do when faced with a conflict is pretend it’s not there and hope it will go away. Because it won’t. But people might.

A significant element of conflict transformation work (I prefer the term “transformation” to “resolution” or “management”, as it is more in line with viewing conflict as an opportunity for growth, not as something to eradicate) consists in the analysis part. In fact, I highly encourage anyone wanting to jump straight to it (I understand the urgency) to really take the time and analyse (using conflict analysis tools, dialogue, observation) the complexity of the situation at hand and not jump to conclusions. Every conflict situation is unique (although some universal patterns can be identified to assist us in making sense of the situation) and there’s usually more than one cause and more than two people involved.

In this process, you also need to be willing to take a hard look at yourself and assess your role in the conflict. Is there something in your leadership style, in the way you deal with your teams conducive to conflict? Are you actively avoiding difficult conversations to preserve harmony or are you modelling a behaviour of constructive disagreement? Do you have an “open door” policy, encouraging your team to approach you with their concerns and difficulties or do you expect people to just “get over it and do their job”? I referred above to leaders as a third party in a conflict, but it’s not uncommon that something in one’s leadership style is one of the root causes of a conflict or at least contributes to it.

Once you decide to act, ask yourself this: Are you able to act as a multi-partial broker? Are you biased towards certain members of your team? Have you already made up your mind about who’s to blame? Are you able to shake this off and engage with the conflict from a space of curiosity, wanting to hear every party’s story? If not, you probably need an outsider to step in.

Assess early on the cost-benefits of keeping/losing either of the employees. Particularly, if their conflict affects an entire department, you’re probably losing a lot of money, clients, reputation etc. Assess also, whether you think the parties are willing and able to work through their differences. Willingness is not something you can easily measure, but there are certain questions you can ask to gage the situation. If they appear willing to actively engage in the required conflict transformation work, skills can be built: listening and communication skills, emotional intelligence, mindfulness – there are tools and mechanisms that professionals can help with. However, no amount of tools can make up for a lack of willingness.

Don’t mistake a “cessation of hostilities” with the end of the conflict (something else I’ve learned from peacebuilding). For example, the written abuse of a line manager may have stopped; the shouting matches in the hallway have ended at your request, but is the tension still there? Is the supervisee’s motivation back to 100%, do they feel like there has been a fair resolution of their situation? How about those snide remarks in low voice during team meetings? If the root causes of the conflict have not been addressed, there is always the chance it will resurface. 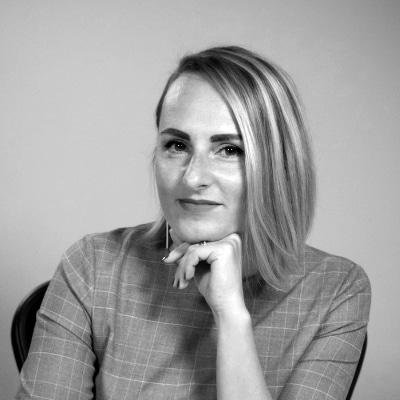 Iulia draws on over 10 years of work experience with various international organisations, NGOs, and social enterprises in the field of peacebuilding and social change to design and deliver powerful teambuilding exercises and to facilitate participatory workshops and meetings. Her unique expertise is leadership in conflict situations and workplace conflict management. Her approach to conflict is a balanced blend of pragmatism, mindfulness, emotional intelligence, and nonviolent communication. In dealing with conflicts, she brings in her experience in peacebuilding, looking at ways in which conflict analysis and transformation from international conflict management can be employed in the corporate world. From her work on two documentaries following the teachings and practice of Thich Nhat Hanh, a renowned Vietnamese Zen master, she draws key insights on dealing with strong emotions and grounding practices in conflict situations.