Only yesterday afternoon I stumbled across a post on the social networks in which a 50-year-old man ridiculed an entire generation. His divided stance is a widespread one: “We older people have made our voices heard in our economy. Now the young come with their half-knowledge and think they know everything better”.

The polarising statement was reinforced by an equally polarising image. It shows an angry Greta Thunberg in the upper part of the picture. Below her was a group of older men pointing their fingers and laughing at the younger generations.

Now we could dismiss a statement like this as a bad joke and shrug our shoulders. But I observe that it does reflect a tendency that we find in European companies.

The young who fight the old with arrogance

Yes, it is not easy with the young employees. Many of them have an excellent education, the belief that they have understood the world and the natural conviction that they can play right at the big table.

In practice, however, they already fail because of trivialities. Prepared documents cannot be sent to the customer because the quality requirements are not met.

Deadlines are forgotten or progress is not made because the simplest social skills, such as making a telephone call, are too demanding.

This self-overestimation of younger generations does not make it easy for managers to relinquish responsibility or pursue innovative ideas.

At the end of the day the work seems to get stuck with the experienced and reliable employees. The youngsters kick up a fuss, but are not there when it comes to staying on the ball and standing up for initiated projects.

It’s a bit like a small child desperately wanting to have a dog – as soon as the dog is there, it’s the parents who have to get up earlier every morning to go outside with the animal.

Young employees need the freedom to contribute their ideas, opinions and skills. At the same time, clear leadership is necessary and the identification of limits when they are crossed.

The place at the table of the greats should be earned, but not denied. It needs a hand shake between the generations.

It helps to understand the lives of the younger generations. I myself was born at the beginning of the 1990s.

We younger generation Y grew up in a time when everything seemed safe. Wrapped in cotton wool by our parents and society, we were convinced that the whole world was open to us.

As we grew up, we found that these ideas did not correspond to reality.

Circumstances such as the ones mentioned above leave my generation with great uncertainty and with many questions of meaning.

The path of life we had expected does not seem to exist. There is a lack of orientation and support.

Behind the arrogance of the younger generations there is often a great deal of insecurity and the need to have a helping hand. In companies, there is a need for alert role models who have the leadership qualities to look behind the facets of arrogance – managers who do not see the aspirations of the younger ones as an attack, but as a desire to strive for new paths.

What young generations need to understand

In my book “Jenseits der Norm” (Beyond the norm) I already wrote about the importance of not seeing dominant systems as enemies.

The business world and existing structures must not be rejected across the board. This applies to dealing with corporations, bureaucratic authorities and other institutions that have fallen into disrepute. Movements and demos in which everything that exists is fought against, damage progress. Building a bridge between the generations and paving the way to a future worth living is not possible in this way.

We need existing standards and systems as a foundation on which to build new forms of economic activity etc.

Old things do not want to be rejected across the board, but rather put on the scales again.

The younger generations in particular are called upon to refrain from pointing the finger at the older generations and the associated blame.

What older generations need to understand

Many taboo subjects that were swept under the table for decades are acceptable in today’s Europe.

The times when white, heterosexual CIS men dominated the business world and everything had to fit into a profit-oriented pattern are just being replaced.

It is becoming a matter of course to talk about environmental challenges such as climate change. Or to no longer accept that corporations generate billions in sales while at the same time exploiting people in labour camps – as we can observe in the clothing and electronics industries in particular.

economy – whether in terms of their salaries or being denied management positions.

Yesterday’s standards have long since begun to crumble.

While many young people have grown up with a completely different understanding of this new world view, many older managers are still clinging to a time that is long gone.

Awareness raising is needed in European businesses. At the same time, concrete assistance must be offered, for example, how to organise management levels more diversely or how to close the gender pay gap.

Yesterday’s applause has faded away

Yes, there were, the golden decades of the last millennium, when the economy seemed unstoppable.

Today we must realise that these times are over and that new paths must be taken. In the way we do business, as well as in our understanding of the values we are guided by.

The situation is serious. We are all in the same boat, young and old alike.

Peace between generations and intergenerational solution strategies are needed. 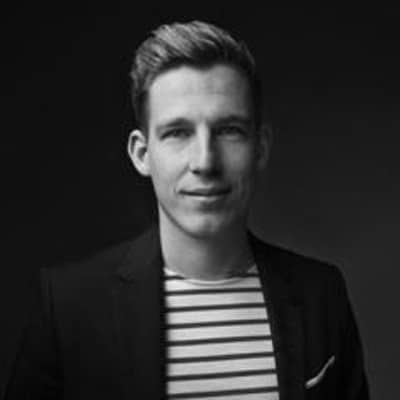 Robert Kraxner acts as a sparring partner for founders and managing directors. His mission is to enable new life and business plans beyond the norm. He is the author of the book “Jenseits der Norm – Werde der Mensch, der du sein kannst” (Beyond the norm – Become the person you can be), published by the Viennese publishing house GOLDEGG.