The Military’s Answer to VUCA: Trust instead of giving Orders!

Are the following situations familiar to you?
Too much uncertain, incomplete or non-existent information must be processed to make decisions of great significance for the future of others.
Until a decision can be implemented, the environment has already changed so much that the elaborated plan is no longer applicable.
A team must be motivated for a risky project, the vision should inspire the employees to give their all, because only when the team is 100% behind the implementation will the mission succeed.

What sounds like the day-to-day operations of executives, CEOs, and corporate boards to respond to their fast, complicated, and difficult-to-understand business environment has long been part of the daily leadership craft of commanders in Special Forces teams and operators in intelligence services.

Even before the term VUCA environment (volatile, complex, uncertain, ambiguous) has arrived in the top management of many companies and was successfully practiced by companies such as Google, Virgin and Patagonia, it has been developed already in the mid-1990s by the US military Academy as description of the modern and faster-paced warfare. Terror cells act fast and self-organizing, there are no longer clear front lines between large armies and you often do not know who is an enemy fighter or who is an uninvolved civilian. This forced the military organizations to adapt to the new environment in order to survive.

Due to digitization and globalization, VUCA has arrived extremely disruptive in the economic world and is leading executives far beyond their comfort zone. Sudden crises like the global economic crisis in 2007 and their overcoming leave management with questions such as: Which tools should I use to oppose this threatening environment? What is effective? How can I lead my team and my organization through storms and motivate people to change constantly?

Leadership development agencies and business consultants now often want us to believe that we can manage it by partially implementing tools such as OKR, SCRUM, Kanban board or parts, but forget that all these great tools are only means to an end. They only work if you throw them on the fertile ground of a deeply rooted corporate culture, which is characterized by very specific values and attitudes: trust, loyalty and appreciation and in the focus of all effort is the human-being.

It is precisely this agile attitude of value and organizational culture that can be found in military elite teams such as NAVY Seals, Delta Force or Jagdkommando as well as in intelligence services.

So what can we learn from these agile warriors who for many years successfully led and motivated those people in VUCA environment and who trust their lives to the effectiveness of this organizational culture and leadership tools?

Lessons from my work with and for people from high-performance military and corporate organizations can be summarized in 5 simple principles that crisis-resistant leaders act on:

Cultural development is always!
Already with the selection of new executives and new team members, leaders start influencing the organizational culture. Leader are the gatekeepers and leave only those applicants through the selection process, whose values ​​fit the team. By not focusing on credentials or technical skills, but scrutinizing the applicants’ personal drive – the “WHY” – they ensure that both their leadership motives and values ​​are in line with team culture. Once the team is in place, one of the main tasks of the leader is to enforce the culture in the team by sanctioning behavior that violates those values ​​and rewarding desired behavior. During my own training to become a military officer, another officer candidate was eliminated from the class because he tried to hide a time-pressed error from the course instructors. Process errors are allowed, but violations of the value system are not. If he had confessed his mistake openly and accepted the punishment for it, he would not have had to leave the class.

We learn constantly and from everything!

The example above also illustrates the handling of errors in the agile structure of military elite units. Anyone who sees mistakes as something negative that needs to be hidden or concealed does not fit into an agile mindset. On the other hand, anyone who welcomes mistakes as a chance to learn and sees them as an opportunity to be better tomorrow than today is valuable for the organizational goal. A simple tool for how this principle is practiced by special task forces is called “After Action Review”, short AAR. This is a debriefing process that takes place immediately after an operation has been performed, and in which the team thinks about how to work more effectively in the future. The rank and position of all team members are left at the doorstep to the meeting room and play no role in the AAR as much as anyone’s ego or the search for a culprit. However, it can be quite emotional and is not always enjoyable for everyone involved, especially when mistakes have happened that can cost lives. Conflicts are positive. The executive should allow conflicts, but must prevent blame and non-appreciative behavior. The operation is not only examined for obvious serious errors during the AAR, but also to find ways to improve small mistakes, which may this time not have led to disaster only by luck. Once the mistakes have been found, they are analyzed by the team, with the executive making sure that each team member’s point of view is heard along with their technical expertise. By ensuring this diversity, on the one hand the appreciation for all team members is expressed and the solution corridor is extended. The aim of the AAR is to adapt the team’s behavior for future operations to make the mission safer and more effective for everyone.

It is the tradition in the military that the leaders of a unit eat last, meaning they take food only after their team has eaten. Also, I have experienced that the commander himself and his senior staff helped to dish out the food and through this gesture expressing their humbleness in front of their entrusted soldiers. This example also makes it clear that effective leaders are relinquishing privileges in favor of those who risk their lives on the battlefield.

The principle that the commander is first in the danger zone and leaves it as the last, after his team entire team, is thus a continuation of this golden thread. Managers need to be with the human being when it becomes dangerous to remind them with words and deeds of the values ​​of the team. Where the commander’s location is, there is the heavyweight of the operation. Especially in times of crisis or when organizations are changing, executives need to be even closer to their people and not hide in the ivory tower while others have to make sacrifices. Would the ships of Christopher Columbus have reached America, if only he had planned the expedition and sent his sailors alone? Leadership is not delegable!

An uncertain and ambiguous environment means that a fixed and unchangeable plan is set up for failure. Elite teams in intelligence services and special task forces know that. Although planning is an important element there, there is no clinging to plans as conditions change. Sudden change is not damned, but expected. Effective leaders know that their elaborate plans are not the last word in wisdom and do not attach their ego to it. Several possible future scenarios are considered, the inputs of all team members included and as many courses of action possible developed. Timelines and processes are adjusted as needed while the operation is in progress. Agile acting commanders know that you can only respond flexible to unpredictable threats if you have a reserve to dispose of. However, the military leadership principle of “holding reserves” is often in opposition the usual reaction of companies in a change process: they reduce personnel reserves and process reserves in times of crisis in order to make the organization seemingly leaner and faster. However, flatter hierarchies mean more span of leadership for each executive which results in less time for personal contact with each employee. The leadership span of elite military units is therefore never larger than 7 people. Reserves and redundancies open up scope for coping with the crisis in difficult times.

Trust mobilizes! Fear demobilizes! Demobilized people whose primary goal is to protect themselves are not willing to take risky actions, let alone follow someone into the bullet storm. The need for safety also exists in the seemingly fearless elite soldiers. But since a difficult and unclear VUCA environment always means uncertainty, the security within the team must be 100% tangible. Only when each team member can be sure that they are protected by the leader and the other team members, they can focus on the fulfillment of their task with good feeling and all their energy. In times of change and crisis, the leader is particularly challenged to spend more time with his soldiers. Nothing can replace face-to-face time with the team as it serves to notice personal concerns, private issues and employee goals. Soldiers who are in danger want to be informed honestly and comprehensibly by their leaders about the difficulties they are about to face. However, especially in times of crisis, it often happens that companies withhold information about changes, restructurings and future plans from their own employees. But as change and crises are always agile, message control and information blocks create distrust, insecurity and demobilization among employees. Just the opposite, what is needed to deal with the crisis. Those who fail to gain the trust of their teammates in peacetime will not be able to do so in battle.

In military special forces as well as in crisis-proof companies it is an unwritten law: Trust cannot be ordered, you have to earn it! 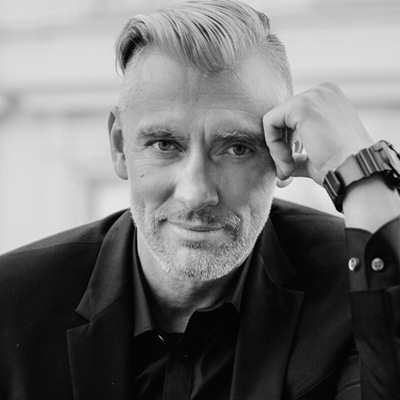 My experience in the world of military taught me one vital lesson: Trust is deeply engraved in the organizational DNA of all peak-performing organizations and their agile leaders take their elite-teams along for the ride.
Developing a tribe-like culture, a family-like atmosphere where everybody feels safe leads within a few months to better Key-Performance-Indicators produced by a strong resilient organization that survives every change or crisis. And better numbers are something every CEO likes to see in those days!
Today, I am working as with leaders of organizations like OSCE, UN as well as Executives of international corporations to inspire their teams and clients by developing a high-performance team culture and a mindset that makes an impact. 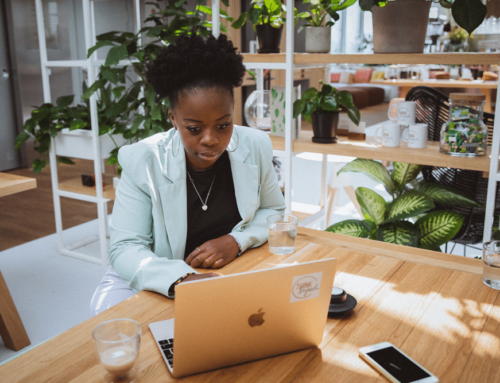 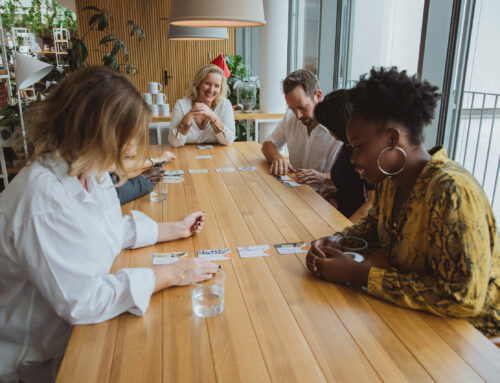 Multi-dimensional leadership in family-owned businesses: What to consider 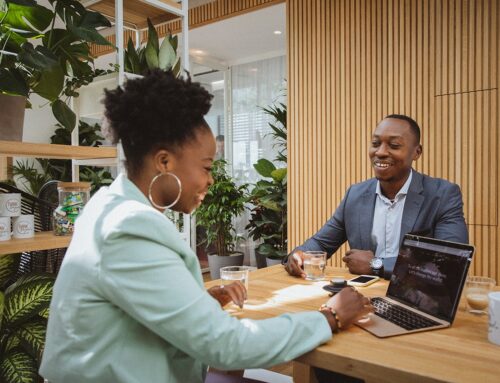 Agile Transformation – What is it? Why is it necessary? 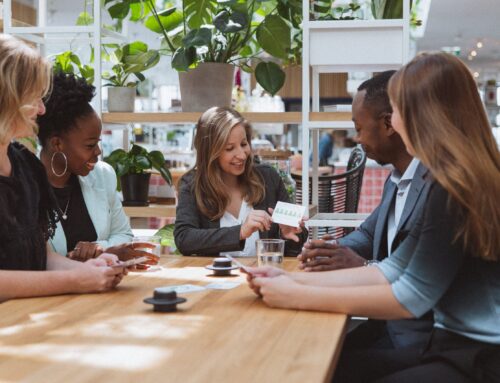 7 ideas for a strong and positive team culture