Do you know your People Development Ratio as a leader?

How many people left your team in the past 5 years? A question that can cause severe pain for you as a leader. You invest a lot in your employees and both you and your organization depend on highly capable people. But what if this fact of “people leaving” wouldn’t be just pain but also a metric for your success as a leader?

Explore your People Development Ratio and find new perspectives about your role as a leader!

The pain of people leaving

To take care of high potentials in your team and organization, you have two options: First, hire them outside and invest a lot of time and money. Or second, you look around within the organization to identify potential and to help your existing people to develop further.

Paradoxically, doing that can backfire in a way, as one of my coachees experienced. He – let’s call him Frank – was a top executive in the Italian branch of a multinational furniture company. We already worked together for years when I realized that one topic was coming again and again: Frank invested a lot in his top talents and then? They left him! How dare they? Illoyal and ignorant princes – took the best of him and then they went away!? And he was left bothering himself with the question: What do I do wrong as a leader?

In fact, he didn’t do anything wrong. Frank was one of the most capable leaders I met in my life. And as it turned out: His People Development Ratio was extremely high.

The PDR is an immensely challenging but also deeply satisfying KPI I developed based on the experience with Frank. It’s a metric to challenge ambitious leaders out there in the field of developing their people. It can be as narrow as a tool used in 1:1 coaching. Or as expansive as a success KPI in a leadership development program. In detail, the index investigates the number of people who did get promoted or who did celebrate relevant career success – within their own rows of responsibility as a leader.

And it’s quite simple.

To get your People Development Ratio right now, ask yourself:

Let’s assume you were in charge of 57 people in the past 5 years and 9 of them got promoted or left your team or even your organization.

Thinking about the time and effort you invested in them as well as what it costs to find new people, that can be an annoying number! But here enters PDR. Ask yourself: What was your part in those people’s development? How did you support them? What did you do to make development possible? And who of them developed despite you?

Learning success: Scope and borders of your influence

Transfer research says: Without the leaders being on board, transfer success – aka real development as a consequence of learning impulse – isn’t possible. Applied to your role as a leader that means: no matter if you’ve been aware of it or not, if you invested much time and effort in your people or rather followed a “laissez-faire” policy – you had influence!

For the good, or for the bad.

“But HR already takes good care of our development initiatives.”, you might argue. Why isn’t this a KPI for HR managers? Well, if you underline the statement about HR taking good care, congratulations! You have a promising partner on your side. But the levers for development success do not lie in program design and roll-out alone. Or to put it straight: the learning experience itself makes only a tiny bit of development success. If we remind ourselves of the 70-20-10 rule, the role of you as a leader becomes astoundingly clear.

As a leader, you have an influence on both social and on-the-job learning. And that in turn means:

You are able to positively influence an impressive total of 90% of your employee’s learning success, growth and development!

Of course, that does not mean that you are responsible for 90% of the learning success alone. Taking personal responsibility as a learner in a corporate development initiative is the absolute base for development success. And training that is designed in step with actual practice and that is relevant to the learner’s daily work is the second precondition for development success. As always, it’s the ensemble that makes development possible. Or in other words: When your employee is the driver and a perfectly designed, effective training is the vehicle for growth, you are the gas pedal helping your people go from idling to full development speed.

Are you a development enabler or reason to leave?

Taking that responsibility pays off with highly capable people. At the same time, it is effort and it does cost time – always with the risk that one day they’ll be gone. All in all, reason enough to measure it with a convincing KPI to evaluate your efforts and successes on this behalf and make them transparent.

Ask yourself: What was your part in your people’s development? How did you support them? What did you do to make development possible? And who of them developed despite you? Because it’s just as the saying goes: People hire for jobs but leave managers. And if they’re keen to get away from you, “people leaving” will stay a hurtful and very annoying number.

Leadership as a development service

No matter if it is because or despite you as a leader, people leaving can be a painful incident. Especially if you invested a lot in them. But the key question is: What is the alternative? People that do not find support from their leaders might leave the organization anyway. Or at least, they won’t unfold their biggest possible contribution to the success of your team and organization or don’t deliver the service your customers expect. So why not make people development a relevant KPI of your work as a leader? And the People Development Ratio a quality-oriented metric for your leadership impact? The outlook is individual satisfaction, people that stay, love to grow and perform as well as a growth-inspired company culture. Sounds good, doesn’t it?

If you enjoyed reflecting on your role and influence as a leader, try our Transition Reflection Worksheet! It’s a free 31-day guide, giving you daily reflection questions. For times of change or for any moment you feel the urge to invest in yourself and your way to lead.

And make sure to visit our leader’s development page, with tangible toolboxes to upgrade your leadership skills right now.

Development impulse right into your inbox? Every second week, our Think Beyond newsletter provides you with light and easy impulses and inspiration to grow as a leader. 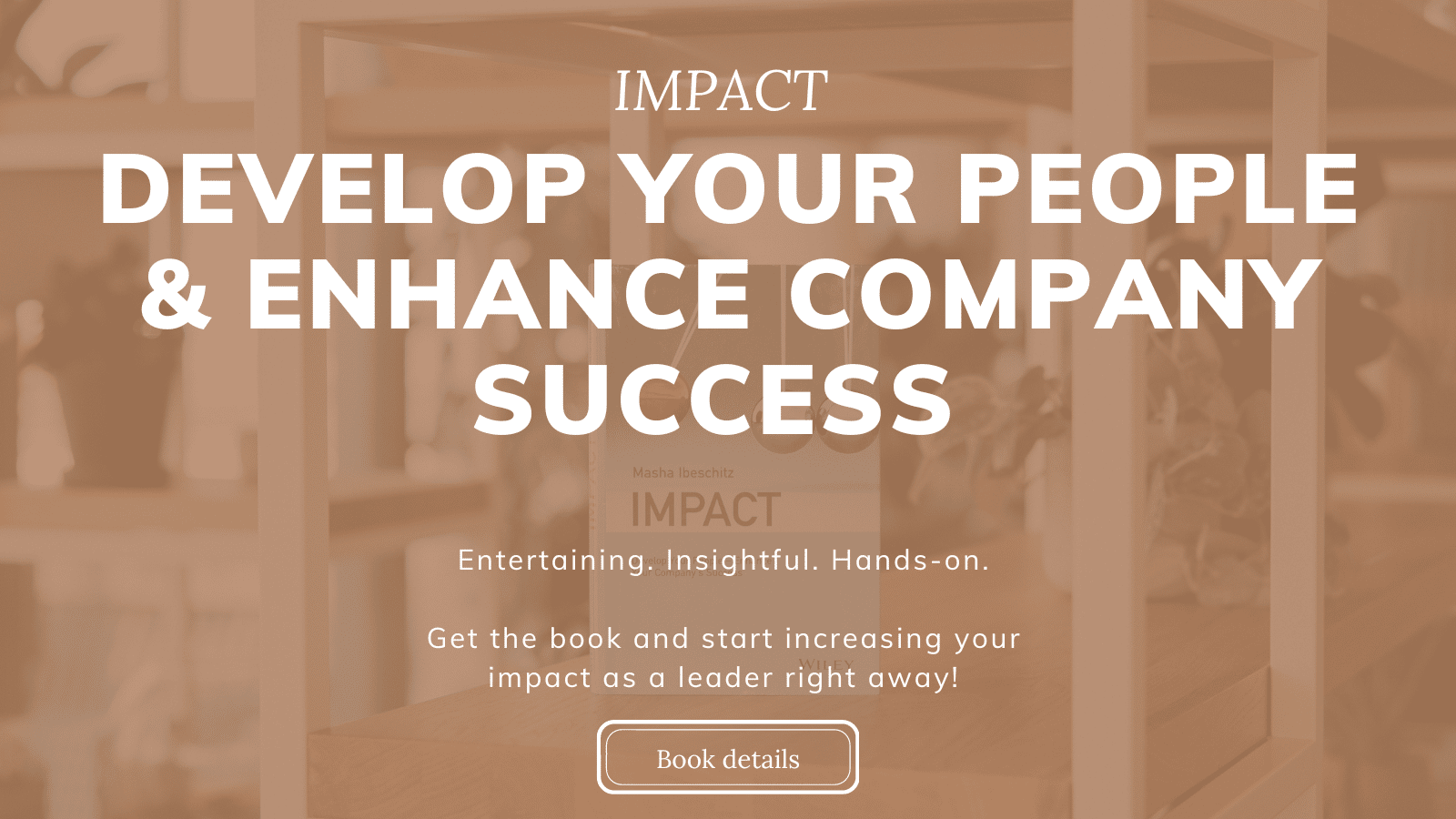