Love and leadership, two areas in life I have been on a quest to understand well. ‘Love’ perhaps a little longer than leadership.

Today, 23 years into my professional life I have come to believe when done well the two are not mutually exclusive. Inspiring and impactful leadership is infused with love.

The job description of a leader is to influence others whilst inspiring them to live a vision and goals they set. Over the decades I have worked under various kinds of managers, those I remember favourably are those I worked ‘with’.

Individuals follow leaders when they ascribe to their values. Memorable leaders are those who create an environment in which their teams can thrive. Included in the list of respected leaders are teachers, such as my loving university professor and mentor, Dr. Wolfgang Deckers. Teaching was never a job to him, the care he had for  us, the students, humanity and the world could not be ignored.

A prominent, now retired businessman, M.K. Malhotra who created and floated a telecommunications company from the ground up attributed his success to a contented and happy workforce, who looked forward to the start of the week versus lived for the weekend. He felt it his role to provide the “right environment and conducive tools to enable them to deliver their best.”

Also known as an ‘authoritative leader’, who leads by example towards a shared goal. Confidently they walk their talk, inspiring others to join them. To be effective a leader needs to adapt their style dependent upon the situation. Veering between laissez-faire and completely hands-off on the one end of the spectrum, to authoritative on the other with everything in between.

The world sadly lost one of its great leaders recently, Gerard Houllier, who amongst other roles managed my beloved Liverpool football club. There has been an outpouring of grief and messages remembering this man for not only being a boss, but for helping them define who they were as athletes and as human beings.

Steven Gerrard who played under him had this to say, “This is not a guy who would focus solely on football and what you gave to him in terms of the relationship player-to-manager. This was someone who, at my age, wanted to change me as a human being into an elite professional, who wanted me to be a better person, who wanted me to really understand the tactics and the game in a different way and become an even better player and build all the other stuff around the talent I had at that age. I’ll never forget that.”

The direct opposite is leading with fear, caring only for profits before potential. ‘Authoritarian’ or ‘autocratic’ leadership works a ‘command and control’ style. These kind of leaders tend to micro-manage leaving teams with little or no room to develop. Under such managerial scrutiny mistakes are frowned upon, at times a policy of zero tolerance applied leaving staff in constant fear of losing their jobs.

In 2016 Google conducted a study they named Project Aristotle to discover what the components of the best teams were. The study found that the more successful a team was, the more mistakes they made. They concluded that creating an environment of ‘psychological safety’ at work, a term coined by  Harvard Professor Amy Edmonson, where employees felt comfortable to try and fail is one that creates the most efficient teams.

Prioritising the growth and development of team members, holding them and working with them towards a shared vision by creating the right environment to thrive I will from now on refer to as, ‘Lovership’ – a word a fellow coach, Rafaelle DiFrancisco came up with.

If the pandemic has highlighted anything it is that what the workforce requires is a show of humanity from their leaders, following the Lovership model. Love, according to the School of Life is patience, tolerance, generosity. If modern work environments and their leadership lives by these qualities imagine what could be achieved. 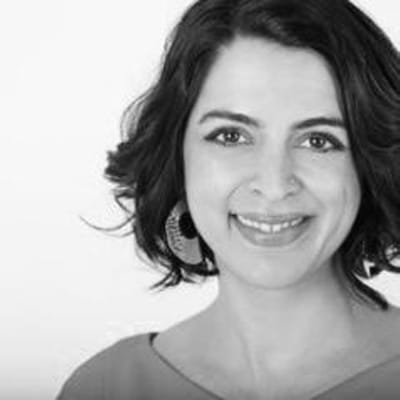 Suparna is an in-demand, professional development executive coach, speaker and facilitator, working with Founders and C-Suite executives for two decades across London, the Middle East and India. Her global experience provides valuable insights for her clients as they navigate a changing global business environment. Past clients have include large financial institutions, tech companies, government bodies and multi- national organizationssuch as Glory Global, Coca Cola European Partners, Coca Cola Company, Natixis Bank, Coutts Bank, Twining and IAS Leadership, the civil service of the Indian Government. As a leadership specialist, Suparna helps clients to learn and practice tried and tested techniques and to discover valuable, practical tools they can use every day to consistently deliver on their professional nd personal mission – and to have a positive impact in the world. She covers all aspects of leadership & career development, including confidence, finding a voice at the table, peer-to-peer relations and Imposter Syndrome, and supporting leaders in developing a Clients achieve greater self-awareness and lasting results by establishing clear goals within a set time-frame in areas including role transitions, team building, career progression, influence and executive thought leadership. Suparna also works with corporate clients and HR onsultants to provide C-Suite hire evaluations. She is a keynote speaker on women in the workplace, diversity and female leadership. In 2018, Su-parna was part of an invited panel for an International Women’s Day seminar at the House of Lords. She has spoken at various professional networking events including, among others, at Fortune 100 companies, Ellevate, BEI Network and has delivered a unique talk at the Gentle World Café in New York. She is the founder and host of the London-based “Rise with Confidence” seminars – the most recent discussing Imposter Syndrome was held at Google headquarters in London. Suparna holds an MBA degree from the University of Westminster. She is fluent in English, French, Italian and Hindi.