Leadership is a combination of Yin and Yang

Yi-ling was a HRD of a multinational company in Shanghai and she came to my workshop to do the kick-off of a three-day leadership workshop in 2013. When I first met her before the workshop, I had a feeling that she was a tough leader and yet a gentle lady to whom you wanted to get close. I asked her to share a true story about her own leadership journey during the kick-off. The purpose was to encourage the participants who were middle-level management staff to open up and be focused in the workshop.

The next day,  Yi-ling came as agreed and after greeting the participants, she talked about her story. It was some more years ago when she was with another company. At that time, she was the HR manager and had to handle a difficult staff issue. There was a male colleague who had serious problem in dealing with people. He had bad manners and could not control his emotions. As a result, he would offend people easily. In the end the company decided to let him go and being the HR manager, Yi-ling was responsible for telling him the news. She first collected all the relevant documents and checked through every detail. She even rehearsed at home on what she would say to him when she met him.

When she was ready, she called and asked him to meet her in a café the next day as she thought it was a better environment to talk. She was much earlier than she needed to be and ordered a large cup of coffee. After a while the colleague came and they sat down together.  Yi-ling told him the news clearly and calmly. When she expected something unpleasant to happen, to her surprise, he did not say a word. After a short while, he said, “ Yi-Ling, do you think this is the correct decision?” Yi-Ling did not expect such a question. In fact, she did not expect this to be his first reaction at all. She said, “Yes I think it is the best decision.” Then he signed the paper. Yi-Ling was shocked and thought, “ That’s it! Done?” She had actually prepared a long speech because she thought she would need to calm him down.

Once he had signed, there was actually a sense of relief in the air. They then chatted for a while. Yi-Ling would never forget what he said to her, “Yi-Ling, I have been working with you for the last three years. I know you are a fair person and I trust you.”

Yi-Ling’s reputation spread fast in the company and her soft power continued to impress the people in her present company. People were talking about her with passion and they all agreed that she was kind-hearted but still was able to get things done. Without her Yin force, she would not have been so successful and popular among her colleagues and subordinates. She used it appropriately and beautifully.

There was once a wise Chinese scholar who lived in the similar period as Confucius. When he was dying, his favourite student came to see him. On his bed, he opened his mouth wide and asked, “Is there any tooth left?” His student said, “ No I don’t see any tooth left.” “Is my tongue still there?” “Yes, it’s still there.” The scholar then said, “Remember, be gentle. Yin always wins since it is soft and therefore can endure tough times.” The scholar gave one last teaching to his favorite student.

Being a leader, you don’t need to be yelling and threatening, reminding people that you are the boss. They know you are the boss but that does not guarantee any obedience or respect. If you are indeed a great leader, you people will voluntarily follow and genuinely respect you. The question is what is a great leader? I would argue that a great leader can combine Yin and Yang forces nicely and uses the Yin force more often to ensure better results and personal relationship. There was a famous general in China during the Second World War. His name is Sun Li-jen. He studied civil engineering at Tsinghua University and later transferred to Purdue University and graduated in 1924. He then went to Virginia Military Institute and graduated from VMI in 1927.

He was regarded as one of the best generals in the Nationalist Government and was called Chang-Sheng General which means “Ever Victorious General”. His military genius was fully expressed in the Battle of Yenangyaung in April 1942 when he led a small Chinese regiment of only around eight hundred soldiers through a most difficult terrain to relieve some 7000 British forces trapped by a much larger and stronger Japanese forces with more superior military equipment. Apart from those 7000 British forces, there were another 500 reporters and civilians who were also rescued by General Sun. To honor his military achievements, General Sun Li-jen was knighted Commander of the Order of the British Empire by King George VI and awarded the Legion of Merit by President Franklin D. Roosevelt.

It was obvious that General Sun was a courageous and tough leader with a strong Yang force. However, if he had got only the powerful Yang force, he would not have been so popular and successful. In fact, when we look at how he treated his soldiers, we would know why Yin is slightly more important. In all reports on General Sun, there was usually a Chinese idiom “Ai Bin Ru Zi” meaning “loving the soldiers as his own sons”. He loved and cared about his soldiers, not only their physical health and safety, but also their mental health. He would joke with them to make them laugh and relieve. He encouraged doctors to use hypnosis therapy to help soldiers-patients to rest at night in the shabby temporary hospital. If a soldier committed an offence, he tried not to punish them in a traditional military way. One of the punishments, which was actually quite “special”, was to spank them. According to some reports, a worse punishment was to make a “death penalty” on paper and allow that person to do a good job in the future to make up his mistake. That was a soft and more humanistic approach in leading and it worked even in the toughest battlefield. General Sun was indeed a good example of combining Yin and Yang forces in his leadership.

We have learned that human beings are not as rational as they think. Numerous researches have shown that we are irrational and impulsive. Most of the time we make decisions on feelings, rather than logic. We are more easily influenced by people’s soft power. The traditional command and control mode of leadership is not working well especially with the millennials who are keen to have more emotional connection and communication with their leaders and co-workers. In one of my workshops in 2018, a young manager shared with us a true story in his company. There was an engineer whose performance had been slightly above average. At one time, he became so obsessed with his stocks investment that he would stick to his mobile phone all the times, watching those stock prices. In one year end, his manager gave him a raise of RMB200. When he learned that other same-ranking colleagues had a raise of RMB1000, he was angry and went to talk to his manager. Interestingly he saw his manager in an open area of the factory and just spoke to him there. He was complaining about the difference while his eyes were still on his mobile for the prices of his stocks! His manager said, “Just look at yourself, do you really think you deserve the same level of increase?” When they were talking there, another manager who was at a different department happened to pass by and overheard their conversation.

This manager later went to talk to that engineer and tried to persuade him to quit the stock market. As expected, he ignored the advice of that manager at the beginning. But the manager would not give up. He was quite persistent and adopted a softer approach. He kept trying and even sent him a number of reports saying that no one actually won in the stock market. Not only did he tell the engineer about all the problems of the stock market, he also emphasized the adverse effect on his career development. He encouraged him to focus on his work and career. After his numerous rounds of persuasion and effort, the engineer finally quit and sold all his stocks. He then focus on his work and performed so well that the company had decided to promote him to a manager position.

Two managers, two different approaches and once again the Yin won. The first manager who was also his immediate supervisor took a tough approach ie the Yang force, he pointed out his problem direct and upfront. He did not talk about any other things. But it did not create any positive impact on the engineer at all. As human beings, we want to be understood and cared for. The second manager however, used the Yin power and was able to achieve a remarkable result. That’s the power of Yin, which is more than ever needed in the 21st century. While technology is fast developing, we need more gentle and soft energy in leadership. I am not suggesting we abandon the Yang power, the logic and the hard fact etc. We will continue to make good use of it whenever necessary. What I have seen however, is most leaders have not paid enough attention to the Yin power, the soft and humanistic approach in leadership.

According to Chinese ancient wisdom, the most powerful force in the world is water. Nothing is softer than water, and yet it is able to penetrate everything, even the hardest rock. Whenever it encounters any obstacles, it detours or just follows the flow. There is so much we can learn from water. We need to rethink and rebuild our soft power. Great leaders need both Yin and Yang forces, and they should use more Yin force simply because it is, in many cases, more effective. 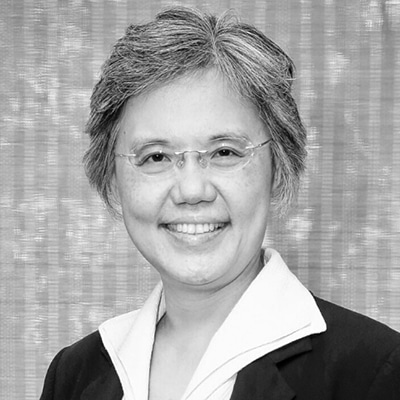 Fion believes “you are your best teacher” and she comes to help her clients to see that. Apart from leadership workshops, she also provide training in change management, public speaking and presentation, multicultural communication, story-telling, decision-making and professionalism etc. She is particular keen on assisting female leaders in enhancing their soft skills in their professional and career development. Her clients include Chinese and multinational companies, universities and professional organisations in China and other Asia countries. Fion has been an executive coach and trainer since 2011 and is fluent in Mandarin, Cantonese and English. She is currently writing a book on soft power in Chinese language, which will be published in 2020.