It’s not a secret that we judge other people in everyday life. We judge people’s looks and the way they present themselves. We’re used to make a lot of assumptions based on very few bits of information. No matter if we sit next to someone in the metro or if we meet our assigned waiter at a restaurant: We see, we hear, we judge – in our head and all the time! The interesting part is if and how we let these thoughts influence our behavior. Especially at the workplace.

What is a bias?

When we as managers and leaders let stereotypes and prejudices have too much room in our mind, it’s hard to establish an inclusive working environment. Non-inclusive environments tend to take away both harmony and motivation inside your organization and a lot of potential is at risk to be wasted by narrow-minded ways of thinking and acting. It’s automated and it’s called “biases”.

Biases describe the prejudices we, as humans, have against others and which hinder us acting based on mere facts – in our private life and also at the workplace. A common appearance of bias is thinking in stereotypes: Instead of judging a person on what he or she brings to the table, stereotype thinking focuses for example on a person’s skin color or gender (racism or sexism) and paves the way for irrational assumptions. Another form of bias is the “Halo-Effect”: When you associate a person with a positive personality trait, it comes easier to you to overlook bad qualities that you would instantly see in others. Also widespread is bias due to language: it consistently happens that employees with an English language barrier have poorer chances to be heard and seen than their good or even native speaking colleagues.

Even if you see yourself as the most reflected and open-minded person, you are very likely to still carry the one or other bias yourself. It is hard to just “turn-off” bias, because it influences our ways of thinking in the subconscious. So the first goal for responsible leaders is not to be free of all biases – but to be aware of them and to hinder them to influence daily working practice.

How to deal with bias in your leadership practice

For a good working environment and a workspace that promotes inclusion, it is important to openly deal with bias and to do your best to minimize its destructive consequences. Step one is looking at yourself first – What are the biases you carry? As a consequence, you acknowledge that there is no unbiased person at all:  Not you, not your function head, not your line manager, not your colleague.

Step two is then to take tangible action to keep bias out of decisions being made in your organization and your team. Be open for experiments, aware that this is a process and try for example one of the following practical ideas:

The power of inclusive leadership

Above-mentioned ideas are only some ways of being aware of biases and trying to erase them. It is important to ensure equal opportunities for all members in your team so that everybody can strive to be their best and most productive self. There’s endless situations in which you, as a leader, have to make sure everybody is given the same opportunities and “fair play” is possible. Equality of opportunity in the workplace will decrease competitiveness between your employees and ensures a better climate in your organization. It will make your employees feel good to know that they are given the same chances and it will make you feel good to know that everybody is able to strive for their best potential. So it’s definitely worth the effort.

How about you? What were your experiences with bias and stereotypes so far? What do you practice to decrease them as much as possible? 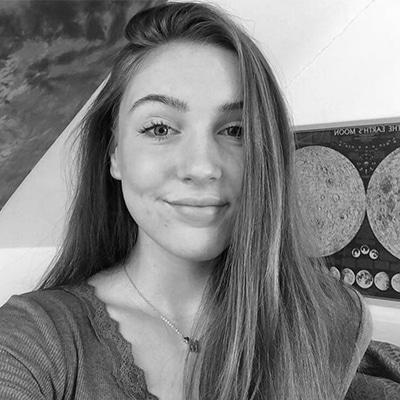 I love to write about what interests me through the eyes of a young adult!